Fishing for flathead at Jumpinpin – November 2020

Write up on yesterday’s trip out at the pin. Tony, my mate hasn’t been out with me at the pin yet. He loves his flathead fishing and like me chases them on his kayak. This day however I planned to get him hooked on soft plastics.

We arrived at the ramp shortly after 7 am. Tony only had a few hours sleep n so did I so we were both very drowsy. After launching we headed straight for the sugar canes just to the left of the ramp. We were in no rush as the tide was still going in. Hightide was estimated for 8:45 am. We knew the flatties weren’t interested until outgoing tide. Nevertheless, we fished this spot to start off.

Tony was first to hook up on a legal bream but dropped it by the side of the boat. I was frantic! I was the one showing the ropes here not him! Lol. Anyway, after half an hour or so with no action we packed up and zipped out to Crusoe Island. This was my main haunting spot for these crocodiles with many dropoffs and flats showing on the fish finder. We didn’t want to waste a second of it despite we both allowed for a full day’s session. The first couple of cast n the fish was on! I’m not certain in which order but we landed 3 flatties each and two Moses perch.

At around 1 pm the tides slackened off n so did the fish. We opted to move around a bit to get better conditions as the winds were blowing pretty hard making it extremely difficult to fish. We ended up spending the next 1.5hrs moving around to ultimately peppering the pontoons at Jacobs wells. Soon after we both agreed the fish was only at our old spot as we couldn’t get even a single bite!

On returning to Crueso Island we managed two more flatties before Tony beat me to a flounder sealing my fate for the day.

We finished up shortly after 4 pm. Both caught 4 flatties each, a Moses perch each, and a flounder to end the session. All fish were released. Flatties came in from roughly 30cm to 37cm. Obviously with fish these sizes Tony still was convinced. He isn’t hooked yet. We both enjoyed the session nevertheless:)

Till next time tight lines guys! 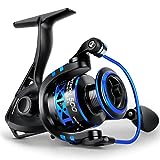