Garmin began in the 1980’s as the company ProNav, later renamed to reflect the combination of the founders’ names, Gary Burrell and Min H. Kao. The company’s first product, a GPS system, sold for over $2,000.

In the early 1990’s, their first official customer was the United States Army. Over the next few years, the company’s profits and name soared, until they became the company they are today.

Garmin specializes in equipment, particularly handheld and wearable equipment, for the outdoor sportsman. Some of their best products focus on aviation, automotive, sport, outdoor, and marine activities.

One of their best lines of products is their fish finders, with models and sizes of all different sorts for anglers of all skill levels. Their goal is to help sportsmen strive for their passions, so their products reflect the needs of the everyday angler. And if you can add a trolling motor + a quality underwater fishing camera, you’re going to have a good time! Their largest and best-equipped model is the STRIKER Plus 9sv, featuring a 9” screen and multiple mapping and chart plotting features. It also has the ability to connect to Wi-Fi, allowing anglers to access the Garmin website for more features, upgrades, and more.

The LCD screen automatically adjusts to the lighting of the environment, so no matter what time of day or what location the device is in, it will set itself accordingly for the best visuals. The high definition screen makes details easy to see from anywhere on the boat, and the adjustable tilting set-up will allow anglers to fix the screen in whatever direction they desire for best access. The screen displays the water temperature and features Ultrascroll, allowing it to keep up with the targets even despite a boat’s speed.

It also boasts a highly sensitive and precise GPS, allowing anglers to accurately map and track their locations. The CHIRP sonar system also creates crystal clear images and pinpoint accuracy of the location of potential fish. The high-resolution screen coupled with the sensitive CHIRP technology also creates a perfect distinction between game fish, bait fish, and vegetation or obstacles near the boat.

For something a bit less high tech and much more portable, the Garmin STRIKER series (which preceded the STRIKER Plus) has a few fantastic smaller models. One of the best ones is the STRIKER 4, which can be purchased with only the traditional CHIRP technology, or with CHIRP and the groundbreaking ClearVu imaging that the Garmin brand is known for.

The small, handheld fish finder can also easily be mounted, but its small size allows it to be much more portable than some of the STRIKER Plus series. Garmin offers a bundle in which a pouch designed specifically for Garmin fish finders can be purchased alongside the STRIKER 4. The sleek case makes it easy to transport the STRIKER 4 from place to place, from boat to boat.

The screen, though small at 3.5”, boasts clear color visuals for great tracking. With this small fish finder, anglers can also mark and return to spots where they find fish, just like with the larger STRIKER models. It also displays speed data on the screen, as well as anglers to share their data with other STRIKER models and the now-discontinued Garmin EchoMap models.

The STRIKER 4 includes a flasher, a tilt and swivel mount, and the CHIRP transducer for producing amazing results.

Maybe the STRIKER 4 is too small for some anglers, or the STRIKER Plus 9 too large or too expensive.

The STRIKER 7 with ClearVu transducer is an amazing middle ground and an incredible value. The STRIKER 7 is also relatively portable, and also has a pouch that can be purchased to protect and transport the device.

Weighing just under 2 pounds, this portable fish finder is light but with a larger screen than the other portable STRIKER models.

This device features the ClearVu and SideVu imaging that Garmin is famous for, and consistently produces great results. Use the mapping and GPS capabilities of the STRIKER 7 to mark and return to locations of success, or even simply to mark the beginning of the journey for an easy return.

The STRIKER 7 is also simple to use and easy to navigate for even the most novice of anglers. Its intuitive technology allows sportsmen to grasp the device’s settings and features relatively quickly and offers crisp imaging and easy instructions.

The simplicity of the buttons makes the device a great choice from fishermen of all skillsets. With its high-quality mapping capabilities, the fish will not be able to hide from the advanced technology of the Garmin STRIKER 7.

Though the echoMAP fish finders have been discontinued, Garmin still offers echoMAP chartplotters with advanced mapping technology. For the angler that invests in the echoMAP products still offered by Garmin, the company also has a portable kit which can transform the echoMAP systems into ice fishing fish finders.

The kit comes with a sleek carrying bag, as well as the ice fishing transducer attachment for the echoMAP products. Utilizing the Garmin CHIRP technology with 8 to 16-degree beam angles, the ice compatible fish finder can produce crisp images even through the frozen environment.

For those brave enough to venture into ice fishing, the ice fishing transducer from Garmin is a great choice.

Fish Finders for All

The Garmin STRIKER and STRIKER Plus series both feature some fantastic products and technology from the Garmin brand. With ClearVu and SideVu technology, these are some of the best fish finders and produce some of the best imaging around, and the portability of most of the products is also a major bonus, with some real stand-outs in the portable fish finder category. These are perfect for when you want to take your polarized sunglasses, a decent fishing kayak or a smaller boat with a good trolling motor, and just dissappear for the day. They even have some of the best ice fishing fish finders you can find.

With fish finders of all sizes and capabilities, anglers of all skill levels are sure to see a fish finder that is perfectly suited to their outdoor needs. 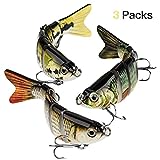 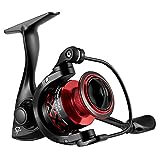