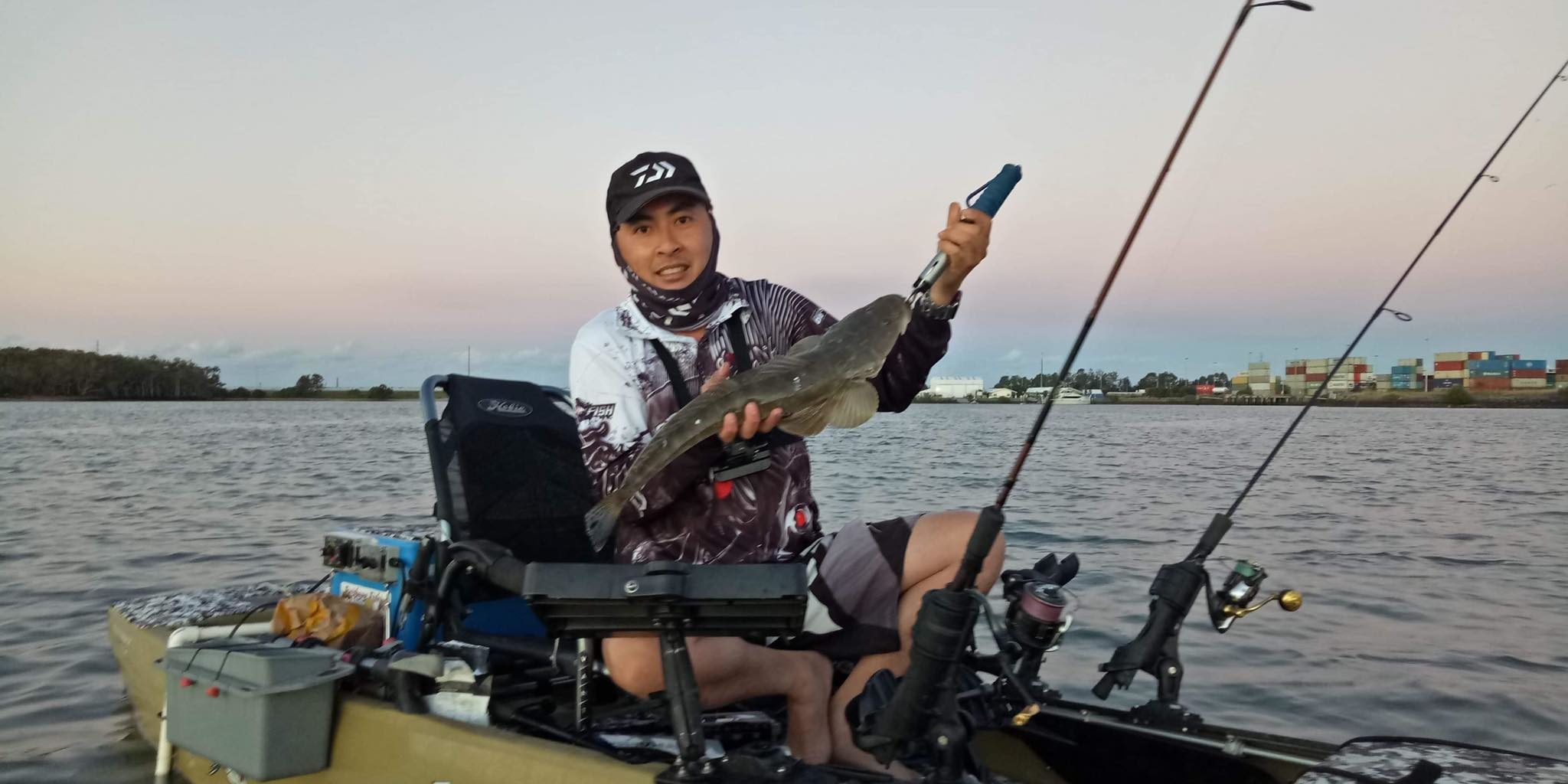 Just got home from another trip to the Port of Brisbane with a mate on my hobie. Weather was awesome and so was the conditions!

We took an easy day out fishing today. Didn’t bother setting out early; only hitting the water around 11am. Tide was still going in and was predicted to peak around midday. We chose the Wynnum boat ramp as the easiest, most convenient spot to launch. The goal was to actively fish a less tidal area as we were both concerned how much effort it would be to paddle the Brissie river at it’s full current strength.

We set off just around the Bridge. My mate Jono camped around the bridge while I threw on a Ficker Shad 7M BSV hard body lure and spend the next hour or so trolling around the weed beds. I knew this area was well known for good flatties. There were another 4 boats throwing lures in the area as I wound my way around them. Surprisingly nothing was caught!

I then paddled my way out towards the first terminal of the port and threw Frenzy Vibe for a bit before curiously got the better of me. I finally summed up enough courage and pedaled across the river to Boggy Creek. There; I sat for another hour around the pipelines trying to get a touch! Anything! Nothing! I then moved again to the sunken wall, hoping for a squire of some sort. Up until now I haven’t caught anything. Jono had already pulled in an undersized (released) flattie! I was determine to not donut and lose to him 😂😂😂😂.

We met up again after I pedaled back across to the first terminal. We anchored up and I switched to bait. Chicken fillets was served as we pulled in a handful of relatively small but heathy bream and two nice pan sized flounder. Two other kayakers saw us pulling them in and joined us. They managed a few bream and a rather juicy looking squire. Two other more advanced kayakers were also in the area belting the terminals with vibes. They finished off empty handed.

At 4:30 we left the fish biting and headed back. Nervous of the quickly dimmy sunset we paddled in. The fisheries were circling looking for late night kayakers with no night light! I however got the hard body back on my rod and started trolling back in. I only managed to move 50m because a pike tried to perform kamikaze on my lure! I landed it, bent my hooks back into shape and continued.. 100m away from the bridge I got a huge strike! To my delite a 63cm flattie engulfed the lure! I quickly landed it while showing off a huge grin on my face. The other fish was nice but THIS was the icing on the cake. Took a few happy snaps to ensure I have a good photographic moment because heading back for home.

Awesome day out on the water with a great company! Thank you Jono for joining me on another one of my low keyed adventures 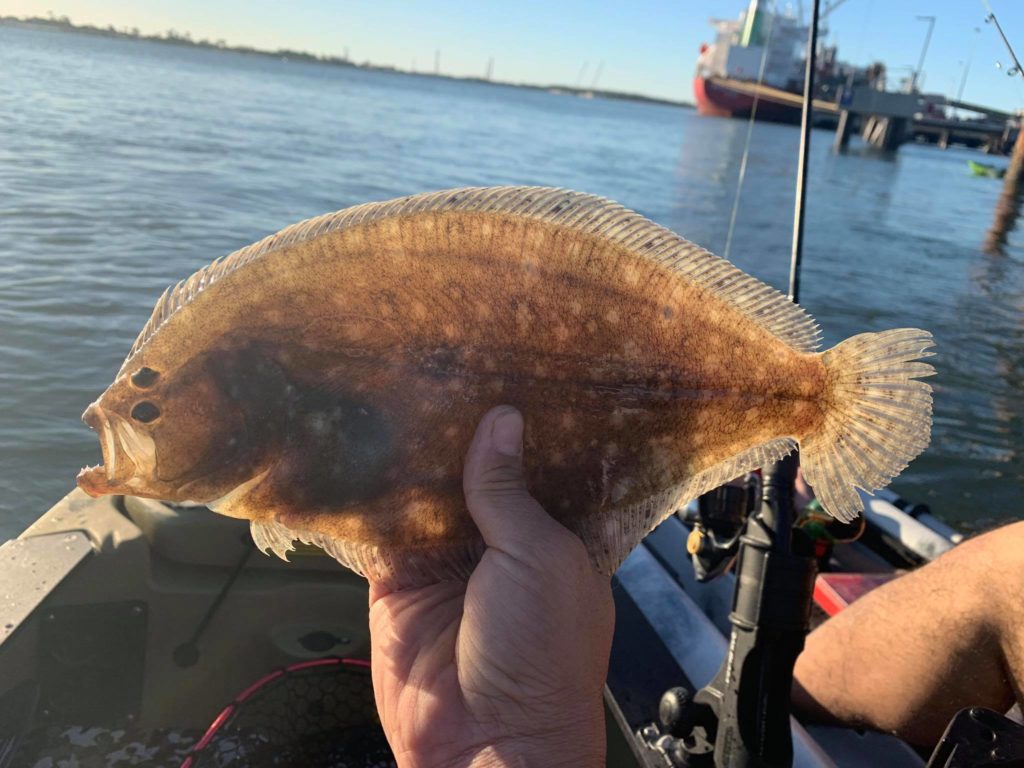 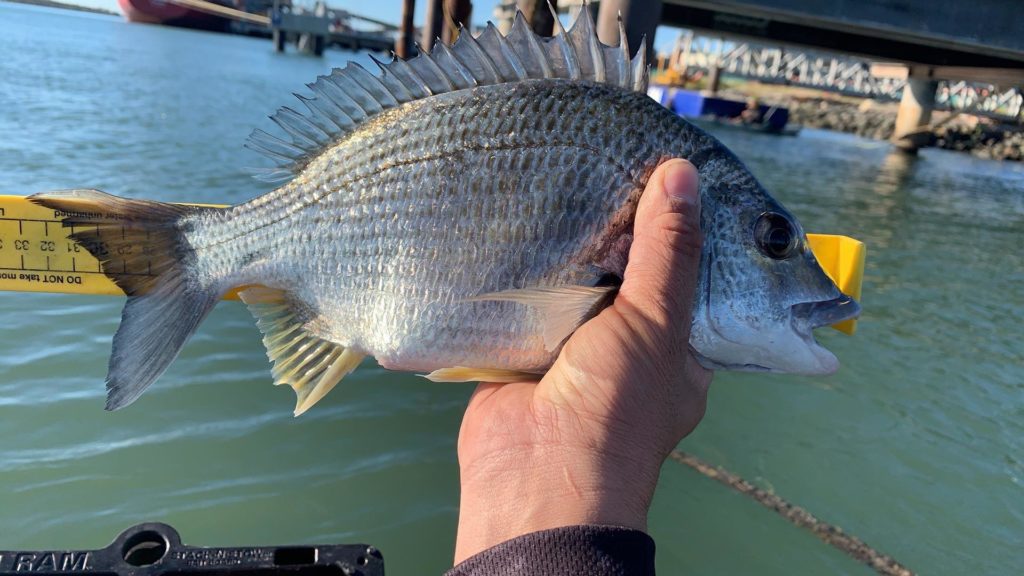 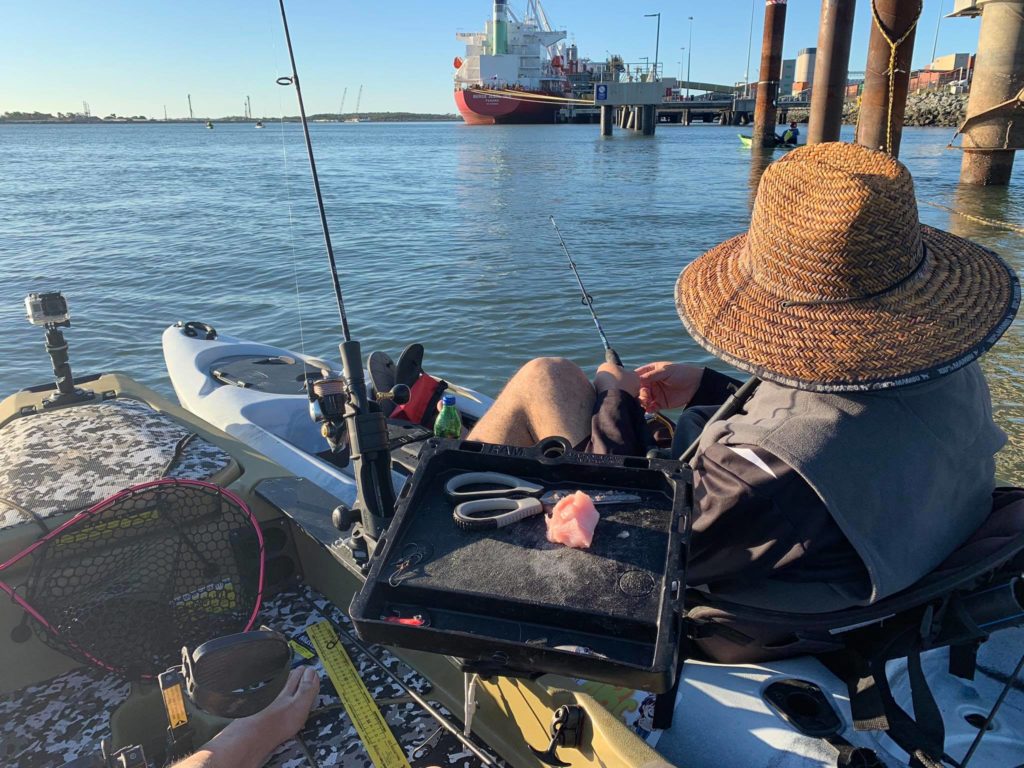