How to Catch Beach Worms

You are here:
Hints and Tips What are Beach Worms?

Beach worms or Australian beach worms are large marine animals of the genus annelid that fishermen commonly use as baits. They have muscular bodies that consist of numerous segments. Only fishermen and those who are curious can see these animals.

Beach worms can grow long, attaining a length of at least 2 meters. They also have several hair-like legs on each of the bottom sides of their bodies. Their heads have two fangs, which they use to eat. Depending on their types, each worm can have a greenish or red head and a pearly white body.

There are two different types of beach worms, namely pink heads and green heads. Pink heads are very long and skinny. The green heads, on the other hand, are shorter and bigger. They also have a striped head that has a gold or bronze sheen. Green heads are very strong and extremely difficult to catch. Where to Find Beach Worms

Beach worms live in the sand on beaches, typically between high and low tide marks. You can find them on any sandy beach in South-Eastern Australia. They burrow through the sand, moving horizontally, toward their food source. They have a distinct strong sense of smell that helps them detect where their next meal is.

They use their two fangs to grab and tear flesh from dead birds or fish that the ocean washes off-shore. Beach worms are also scavengers on mollusks and other invertebrates. Moreover, they eat seaweed. In turn, these animals are a great source of food for fish and birds.

In their larvae stage, beach worms live as zooplanktons, feeding on phytoplankton. When they’re about 3 cm long, they begin settling in the sand as juveniles. At this age is when you can find and use them as fishing baits.

Commercial and recreational fishers in North West Wales collect beach worms for bait during summer. The majority of this activity happens along the north coast. The animals are one of the best and most consistent baits that one can use for estuary and beach fishing (just don’t forget to bring your trusty fish finder, if you need one, have a look at our top fish finder reviews). However, they are never an easy catch. Many have had their own frustrations trying to do so.

How to Catch Beach Worms

You need some professional tips to do beach worming effectively. You’ll require plastic worming pliers, stocking, and pilchards. Here are the steps to a successful catch:

How to Rig Beach Worms

Beach worms are arguably the most effective bait for a number of game fish species such as striped bass, mackerels, cod, and Pollock. Whether it is in shallow or deep waters, on flats or around rocks, the best way to set up your rig depends on the local conditions.

The most important thing to do is add enough weight to the line just to drift your beach worm a little bit near the bottom. If you use too much weight, the bait can drift very slowly along the ground, where crabs can quickly devour it. If it is too light, then the worm just moves by the current’s force.

Use a circle hook to rig your worm as it allows for safe catch-and-release fishing. Grab the worm a little behind its head by holding it between your thumb and forefinger. It extends its pinchers once you squeeze gently.

What is the leading cause of death for paddlers in small crafts such as canoes, kayaks, and rafts?
October 14, 2019 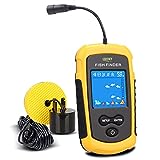